Her oldest daughter is an honor roll student. At the age of 2 she was diagnosed with Amelogenesis Imperfecta, a rare abnormal formation of the enamel or external layer of the crown of teeth, and at the age of 3 with Asthma. When she was around 5, Ms. M’s daughter’s asthma became very acute, to the point where she was sent home from school a couple of days a week. Her daughter takes 6 medications on a daily basis, plus allergy shots once a week.

The youngest daughter is a very creative child that excels in Math. She was diagnosed with ADHD at age 5 and Dyslexia at the age of 7. She has gone to behavioral therapy to learn skills to help with her ADHD and she attends a Dyslexia tutoring program.

Six years ago the family was living in a run-down mobile home with no back door, no kitchen sink, no kitchen cabinets, and a hole in the bathroom floor. Ms. M knew it wasn’t the kind of life she wanted for her children so they moved in with her family. After a year, Ms. M and the girls moved into their own apartment. She said “It was one of the greatest feelings, the feeling of being able to do it alone, being independent.”

While living in the apartment Ms. M was diagnosed with idiopathic granulomatous mastitis. She went through two surgeries and steroid treatments while working two jobs and going to school. Unfortunately, after the 2nd surgery the mastitis was still there and she needed to go to the doctor quite often, which meant she wasn’t able to work as much. After two years of living in their own apartment the family had to move back in with Ms. M’s mother.

Thankfully, after the fourth surgery she was in the clear and has remained symptom free for over a year now. Ms. M says, “I’m happy to report that we are all doing well now. I’ve always made it a point to teach my girls that despite what’s handed to them, they are not limited, never give up, and they’re not any different than anyone else. I have grown so much, become more independent, and a stronger person that doesn’t give up easily.”

Ms. M is very grateful for this home, saying, “Thank you for the opportunity to show my daughter’s that anything is possible as long as you give it your all, whole heartedly!” 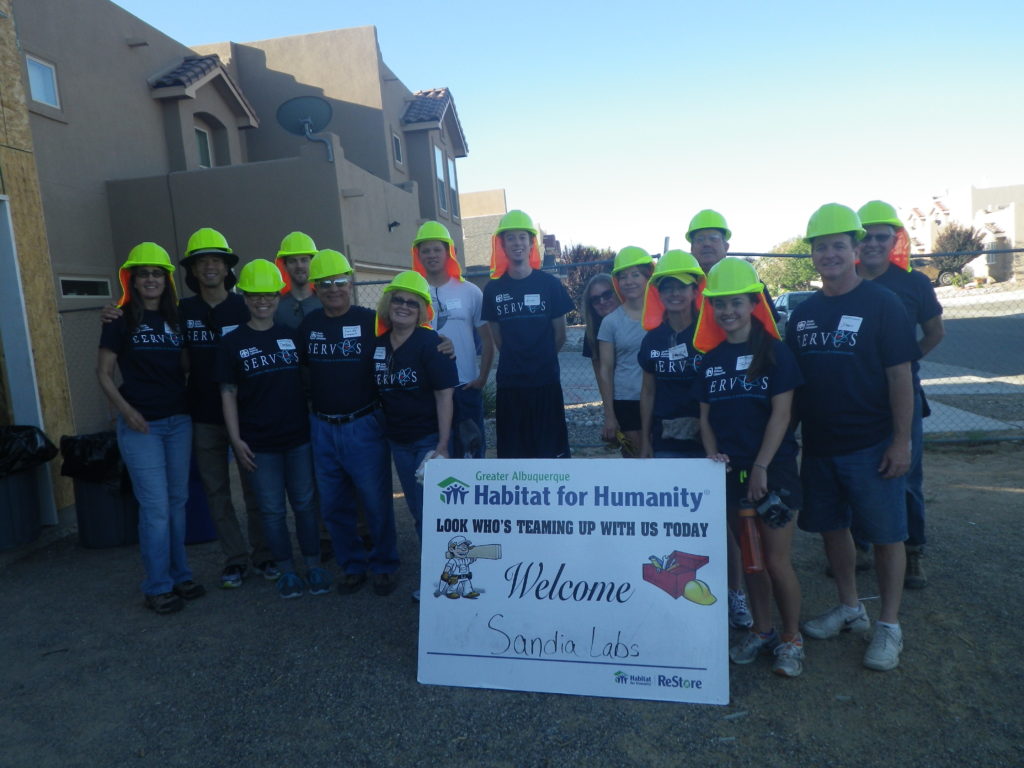 The sponsors of this house, Sandia National Laboratories, are making a home a reality for Ms. M and her girls. She will finally be able to provide a permanent and consistent way of life that has been missing from their lives.
Sign up to receive information about Habitat and get the latest news sent to your inbox.
Sign me up
Greater Albuquerque Habitat for Humanity is a locally run affiliate of Habitat for Humanity International, a nonprofit, ecumenical Christian housing organization. Habitat for Humanity works in partnership with people in need to build and renovate decent, affordable housing.